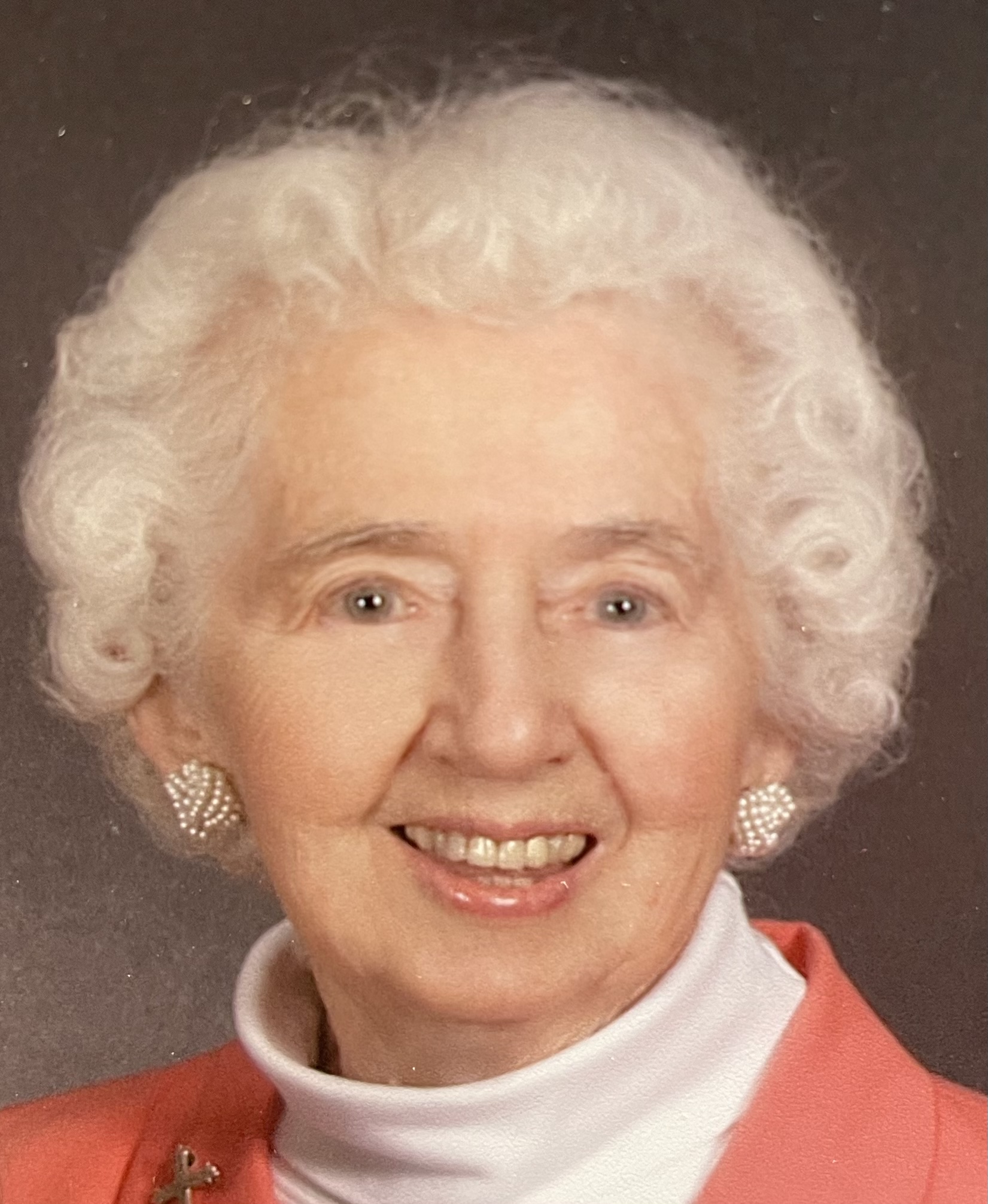 Naomi Eva Louise Runyon, 95, of Boyd County, passed away peacefully the evening of April 28, 2022 at Trinity Station Retirement Community in Flatwoods, KY, after a period of declining health.
She was born September 14, 1926, to Harry and Eva Ferguson in Bedford Hills, NY. Naomi graduated in the 1943 class of Auburn High School, Auburn, NY. She met her future husband, Cecil, July 2, 1945 at a USO dance at the U. S. Naval Training Station, Sampson, NY.  Her diary entry for that date states: “Went to the Club + met a Kentucky boy named Cecil Runyon.  Very Nice.  6’ 200lbs.  Blond.  Can’t dance. Talks nice.  Made a date for Saturday + Sunday.”  They married in the rectory of St. Mary’s Catholic Church in Auburn, NY on June 11, 1946, honeymooned at Watkins Glen, NY, and remained married for 53 years until Cecil’s death in 2000.
Naomi worked as a switchboard operator for the New York Telephone Company before marrying and moving to Kentucky, and along with her husband owned and operated Runyon’s Grocery on Blackburn Avenue in Ashland in the 1950’s.
Naomi’s faith was very important to her and she was a longtime member of Holy Family Church, and was a member of The Order of the Daughters of the King, and The Guild of St. Monica.  She was a former member of the Lexington Homemakers Club and the Catlettsburg Women’s Club.
She was an avid traveler, visiting most States in the U. S. and numerous countries, including places important to her faith: The Holy Land, the Vatican, and Lourdes.  Her favorite destinations were Italy, Israel, and Maine.  She was also an avid bridge player until she outlived all of her bridge partners, and enjoyed gardening, fresh flowers, bird watching, cooking, baking, sewing, reading, and volunteering at Our Lady of Bellefonte Hospital, one of their longest serving volunteers.
She is survived by her son, John (Wyvone) of Georgia, two grandchildren, two great grandchildren, two great-great grandchildren, and many nieces and nephews. Naomi was predeceased by her parents, her husband, sons Kenneth and Fredrick Runyon, sisters Vernona “Nona” Petre and Mona Martin, and ten half siblings. Naomi and her sister Vernona were the two sisters for whom Sisters Lane in Boyd County is named.
A Mass of Christian Burial will be (date and time) at Holy Family Church in Ashland with the (name of person doing service) officiating.  Visitation will be an hour and a half before the service at the church.  Interment will follow at Rose Hill Burial Park.
The family would like to thank special caregivers Jennifer Robinette and Claire Misbach for the assistance they provided to Naomi in the last year of her life, and all of those in the local medical community who assisted her.
A mass of Christian burial will be conducted Tuesday, May 3, 2022 at 11 A.M. at Holy Family Catholic Church by V. Rev. D. Andrew Garner, KHS. Burial will follow in Rose Hill Burial Park. Friends may call at the church from 9:30 A.M. until service time Tuesday. In lieu of flowers, donations may be made to Holy Family School, 932 Winchester Ave., Ashland KY, 41101.